George Wesley Bellows (August 12 or August 19, 1882 - January 8, 1925) was an American painter, known for his bold depictions of urban life in New York City. At a young age he was to become "the most acclaimed artist of his generation".

Bellows was born in Columbus, Ohio. He attended The Ohio State University from 1901 until 1904. There he played for the baseball and basketball teams, and provided illustrations for the Makio, the school's student yearbook.

He was encouraged to become a professional baseball player, and he worked as a commercial illustrator while a student and he continued to accept magazine assignments throughout his life. Despite these opportunities in athletics and commercial art, Bellows desired success as a painter. He left Ohio State in 1904 just before he was to graduate and moved to New York City to study art.

Dempsey And Firpo Aka Brodies Revenge 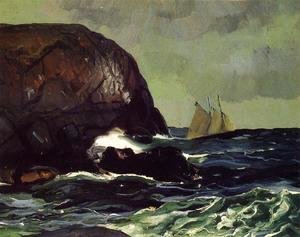 Beating Out To Sea 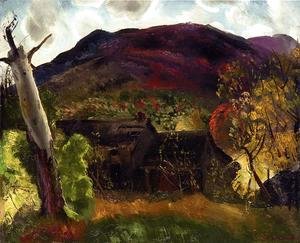 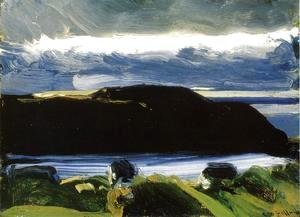 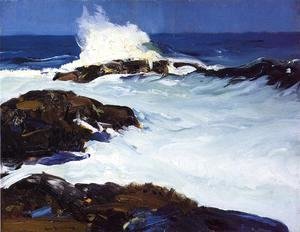 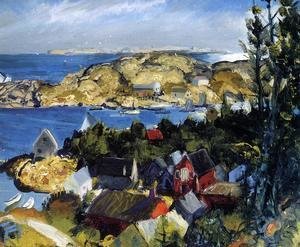 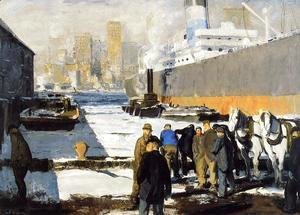 Men Of The Docks 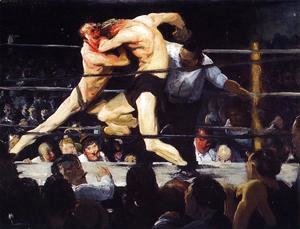 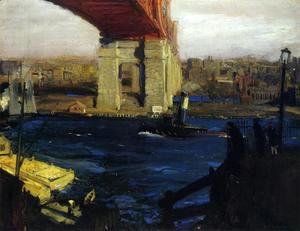 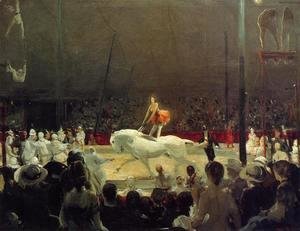 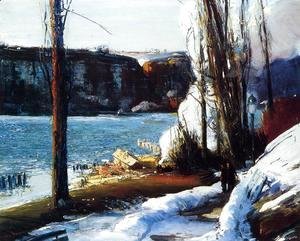